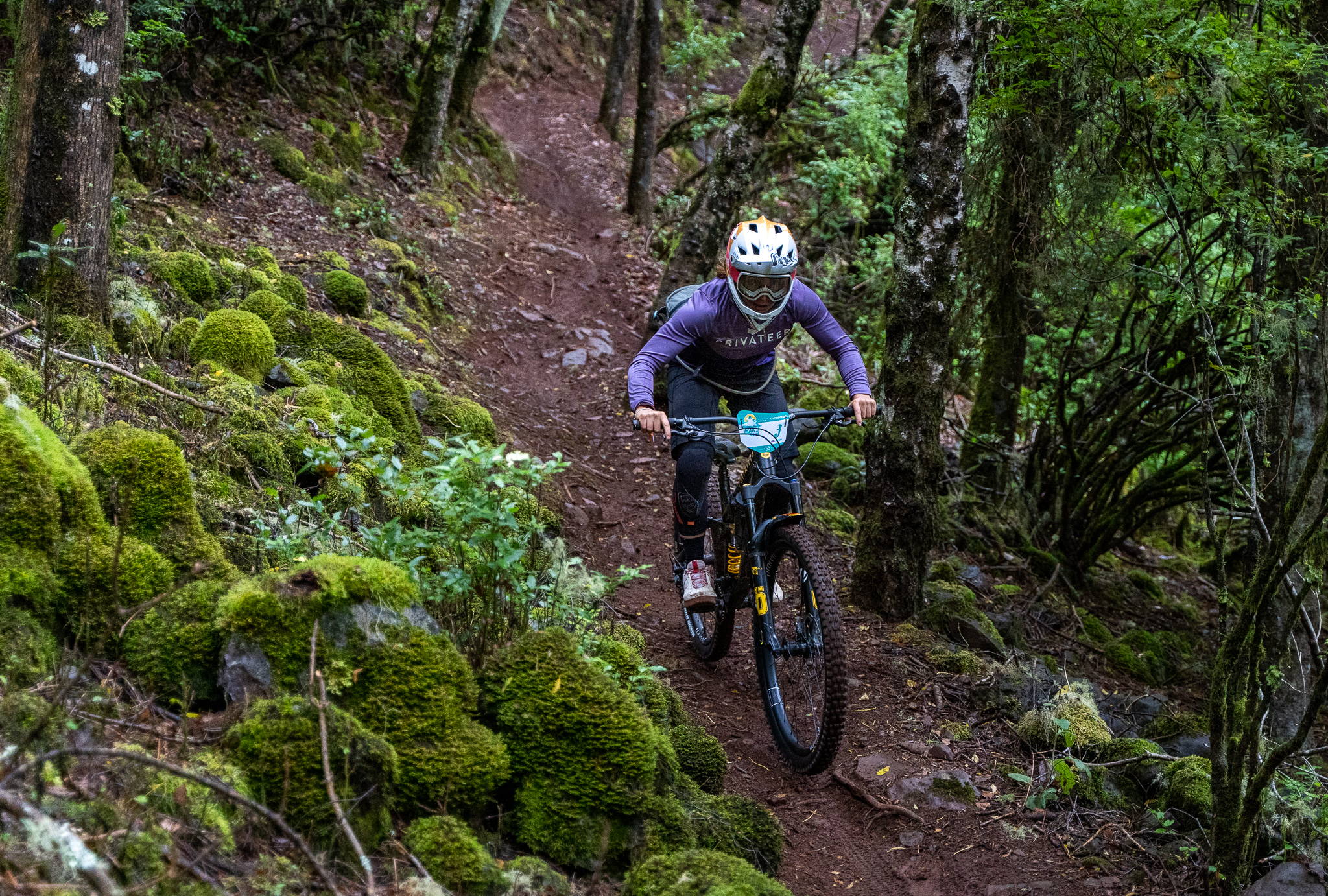 What an epic adventure.

Trans Madeira had so much appeal to me. A new island to explore, I love travelling, experiencing different cultures and what better way to explore a island than on your bike. The multi-day racing is also a new style of racing to me. Big distances every day for 5 days, this was the part that made me most nervous. Racing blind, one of my favourite things to do is riding trails blind, but racing is a whole other ball game. Trying to ride trails as fast as you feel comfortable, trying to process so much information at speed, taking risks or playing it safe, never knowing how hard to push as you never know how long the trails are. I loved it.

I was crazy nervous before heading out to Trans Madeira. The fear of the unknown, not knowing if I would actually be able to complete the event, nervous of the trails, not knowing what to take with me, the list goes on, but from the moment I touched down in Madeira I felt welcomed, meeting fellow racers in the airport, signing on, building our bikes, the event was so well organised, from day one everything ran super slick. The nerves were long gone the second my feet reached the sand for our first camp. 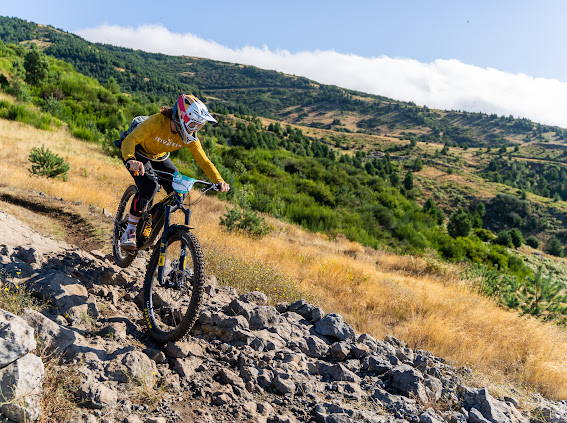 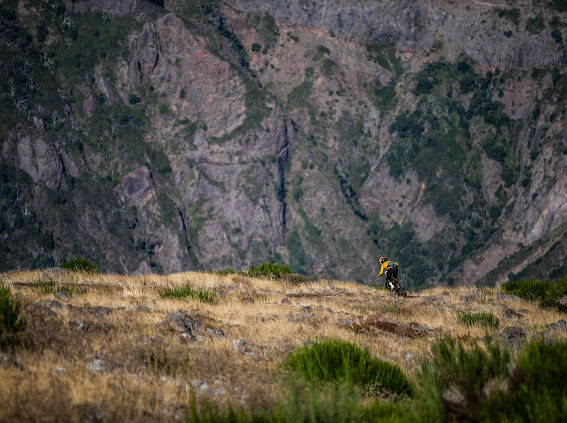 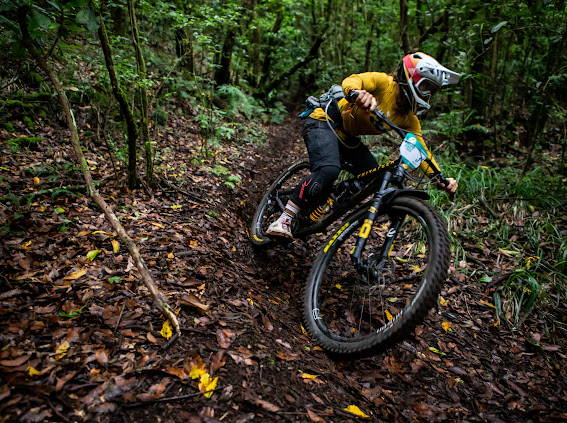 Getting stuck into the racing, day one was the biggest day planned, 60km, 900m climbing (which turned into 1300m), 7 stages of racing.

This was the biggest day ive ever had on my bike and it was challenging. The climbs were brutally long and steep, the stages were a complete mix, from short and super flowy to long, rocky and tech. You never knew what you were throwing yourself into, it felt like a huge accomplishment to simply make it through the day. Reality set in to all of us as we reached camp and realised there was another 4 days to follow…!

Coming back to camp, chatting to all the people about the day, hearing stories of peoples experiences of their day was so nice, but by far the best thing about each and every day was the food! The organisers had done an amazing job morning, day and night to make sure each and everyone of us replenished after burning god knows how many calories and it was really good food. 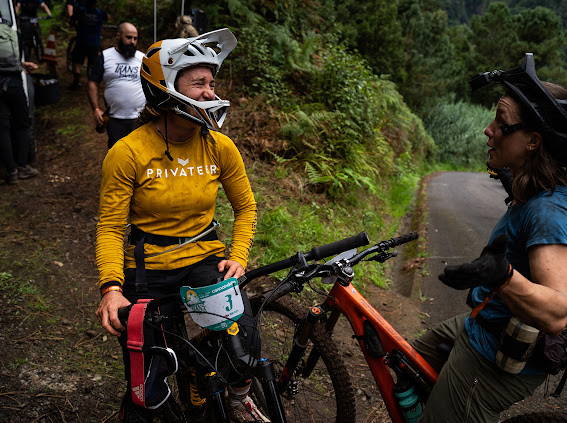 Day two was the biggest challenge for me. The trails were amazingm, but three stages in my body was depleted. Even after a stacked plate of food morning, day and night, as well as a ton of snacks in between, my blood sugar hit rock bottom twice, the struggle was real, I was shaking, feeling dizzy trying to eat anything and everything I could to just feel the slightest bit normal again. A big learning curve to enduro racing, fuelling your body with the right food and staying hydrated is key. Luckily the spirit of the other racers took me through Day two and we still managed to finish the day, knackered but still smiling! 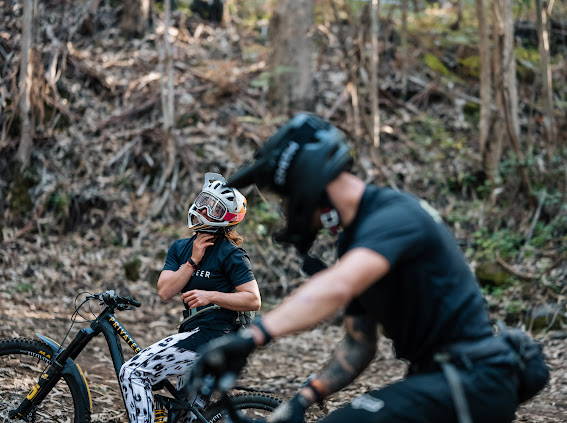 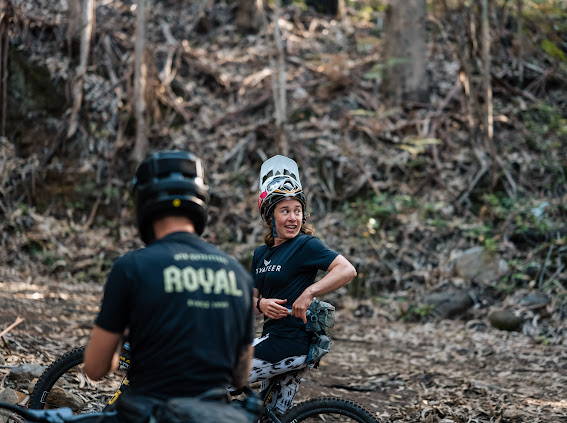 I'm not sure what to say about day three apart from this is what made the trip so epic. It was a real adventure. 48km, 4 stages 1680m climbing, 2980m descending. By 10.30am we had done two stages already, but little did we know what stood between us and stage 3.

We climbed the most beautiful walk way up and over a mountain, 12km of this smallest ridge way balanced on the edge of the mountain. A good 2 hours of solid hike-a-bike, so steep and tech to climb on foot you had no choice but to carry your bike on your shoulders and simply put one foot in front of the other. The views were incredible, I had to stop so many times just to take everything in. After climbing and traversing along the 12km ridge way we were ducking our way through tunnels along a Levada, head torches on, along a two foot wide path whilst ducking for the curve of the tunnel the whole way through. It really felt like a proper adventure.

3.45pm we reached stage 3, 5hours 15minutes of climbing and traversing, I felt like I had forgotten how to race my bike after so long! My god, these stages, blew my mind, just before I dropped in a photographer said don’t hold back, give it everything and the dirt will hold you. I did exactly that and my god he wasn’t wrong. It felt like surfing on a bike or carving turns on a snowboard for a whole four minutes, its was insane and made you completely forget about the epic amount of climbing you have just done to get there! Dinner after this day was much needed! 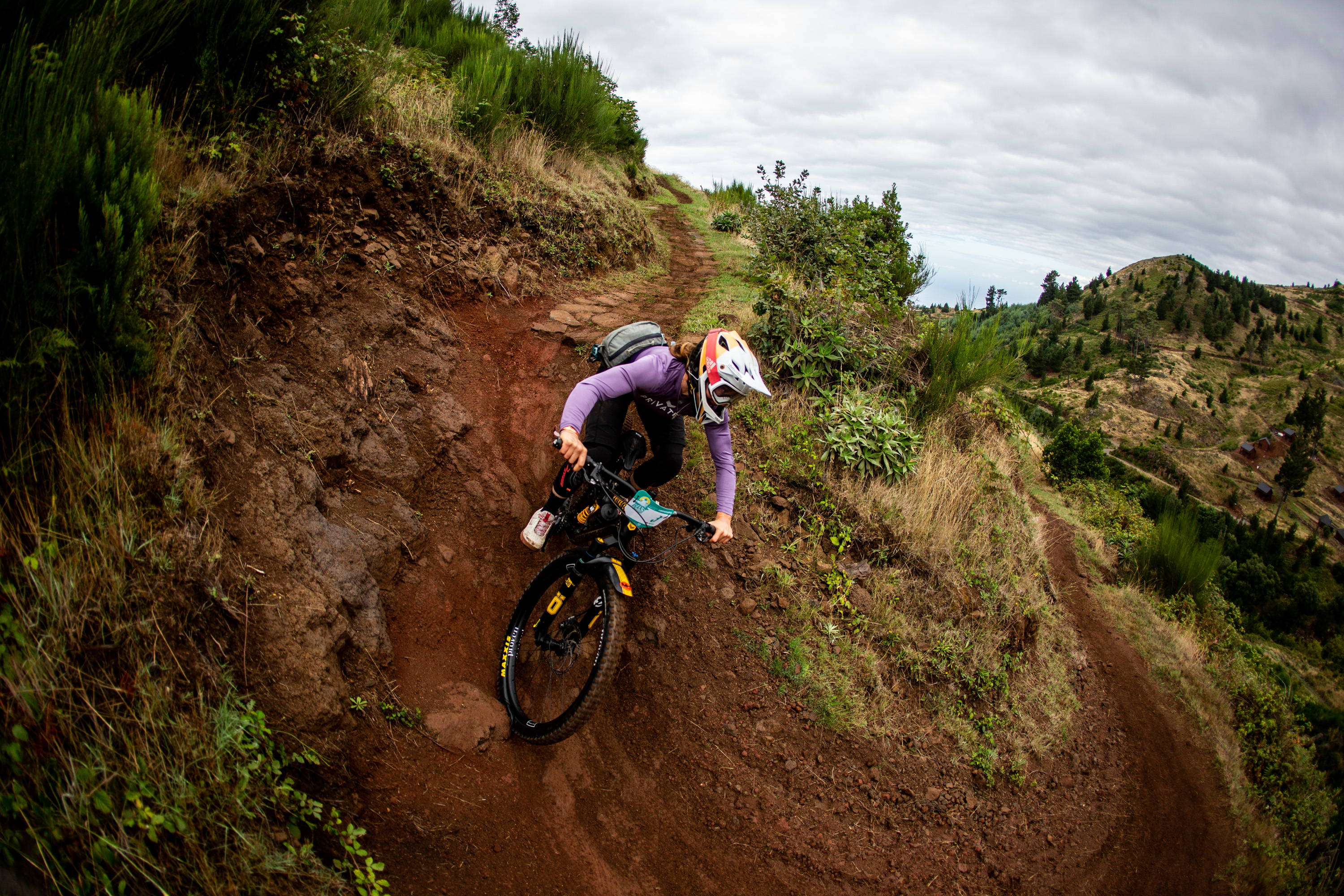 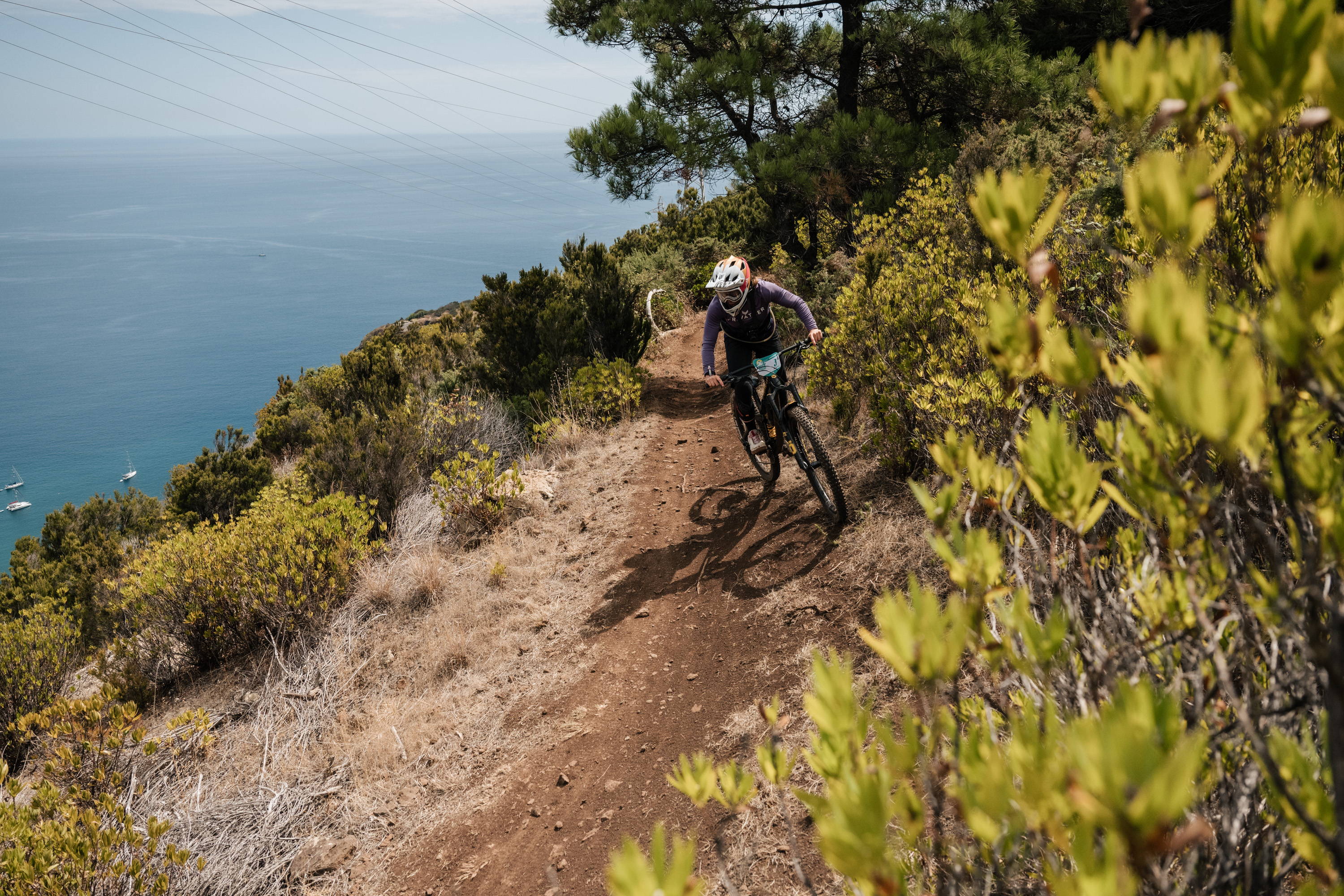 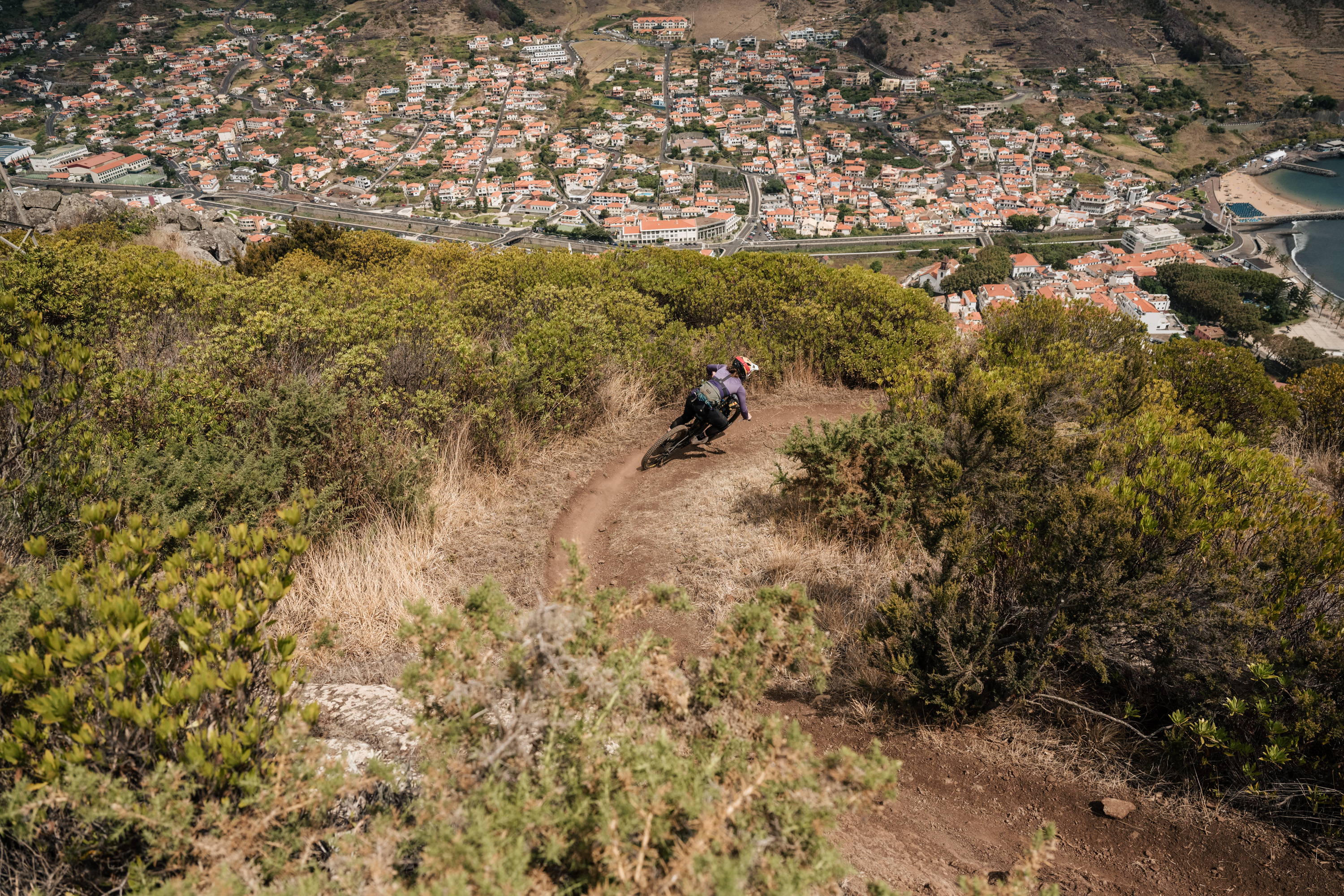 I'm going to put it out there and say this was my best day on a bike I think Ive ever had, ever! Despite ripping a hole in my tyre on stage one and crashing on stage four, I was beaming ear to ear after this day and still buzzing from it now. The trails were so good, the dirt on every single stage was predicable, the trails fast, blowing up deep dusty turns, I was in heaven. Not even a crash could wipe the smile off my face and this one day would be the reason I would sign up to race Trans Madeira again! 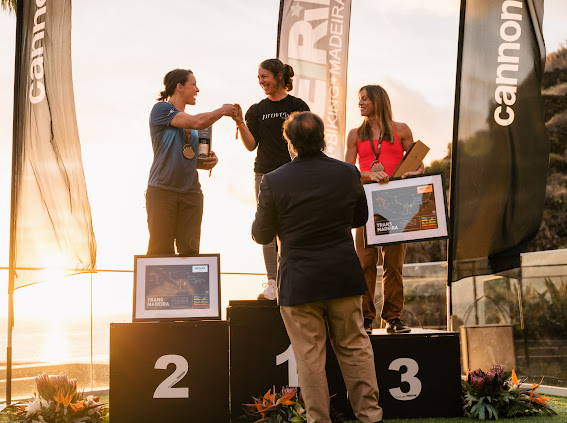 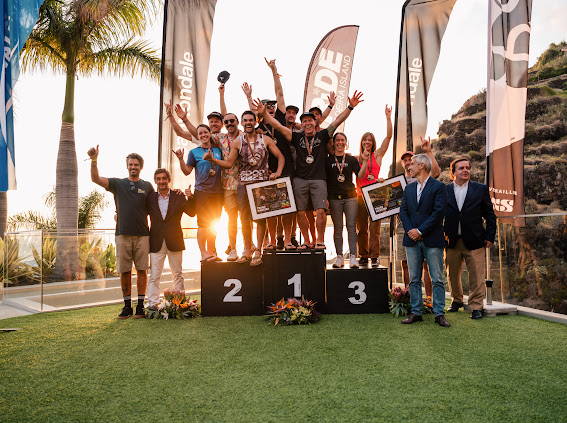 There was a different vibe on camp, everyone was so drained from four days riding already but excited to finish. Six more stages and we had all completed what seemed impossible at the start of the week. Everyone I spoke to just wanted to end the day in one piece, ride fast but not take risks. Im not going to lie, I was knackered, body was really feeling the four days of back to back gruelling riding. Aston Tutt and I were making up songs on every climb just to motivate ourselves to make it to the top of the hill.

The top of stage six, the last stage on the last day, my god did it ever felt good to get there. And maybe the best stage of the day, full of jumps and drops, super fast, dusty and greeted a beer, a medal and a cheer from the organisation at the bottom of the stage, what a feeling. The best thing about the whole day is sleeping in a 5 start hotel which after 5 nights in a tent feels like you are royalty! 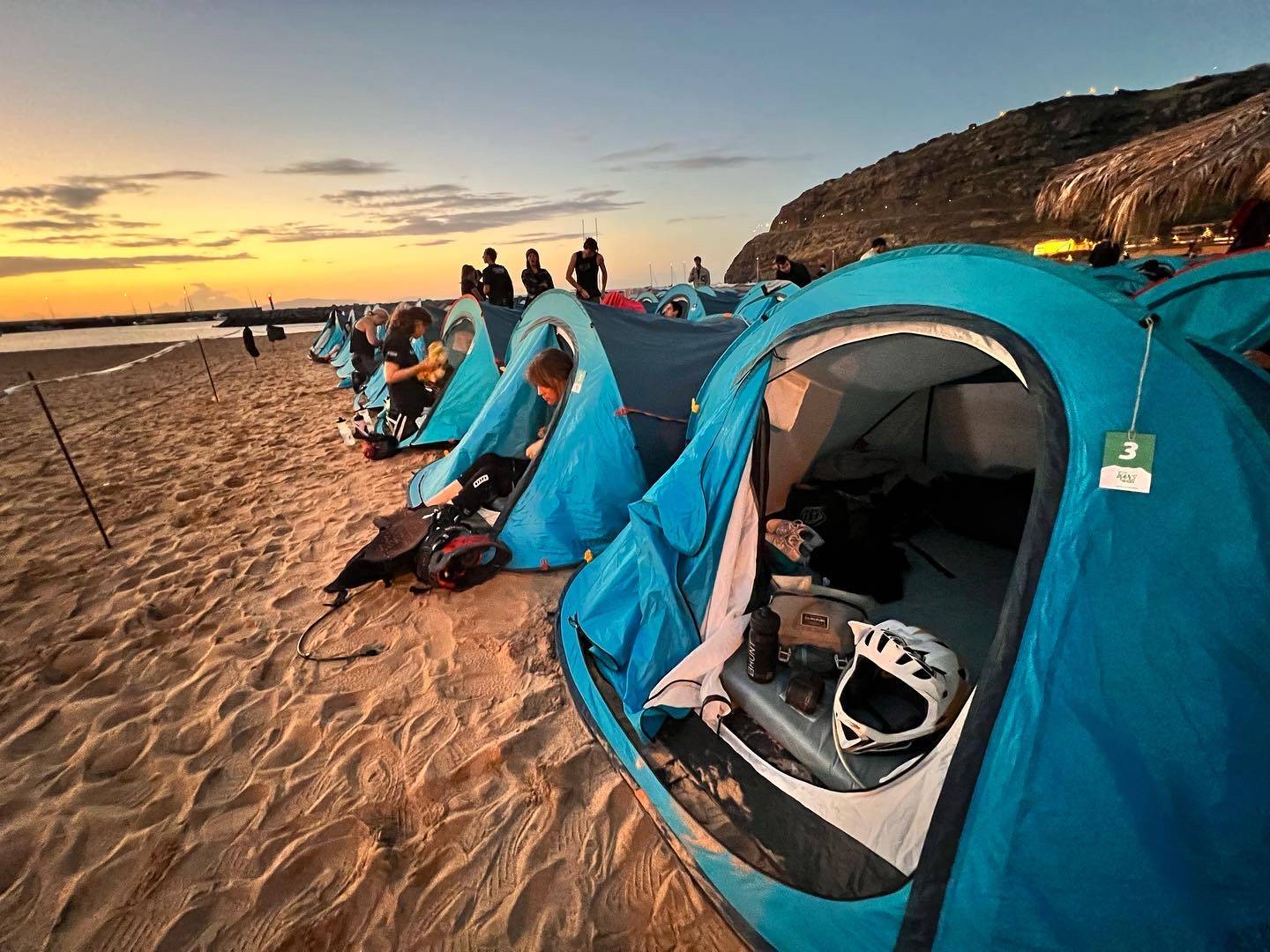 A real sense of accomplishment just finishing the event, looking back now it was one of the best weeks ive had on my bike. Madeira island is so beautiful, the constant change in scenery from East, South, North and West was amazing to explore. The people you meet on the trip, friendships made with people from all over the world. The mental barriers you push through to make it through each day. Everything from camping to the food to the riding was simply amazing, you couldn’t fault the organisers and it really is a trip of a life time. One for the bucket list whether you are in to racing or not, this trip is epic.

BE THE FIRST TO KNOW AND WIN EVERY 2 MONTHS

We're always testing and developing, so join The Privateer Journal for exclusive product releases including the E-161 release date, news, blogs and discussions.